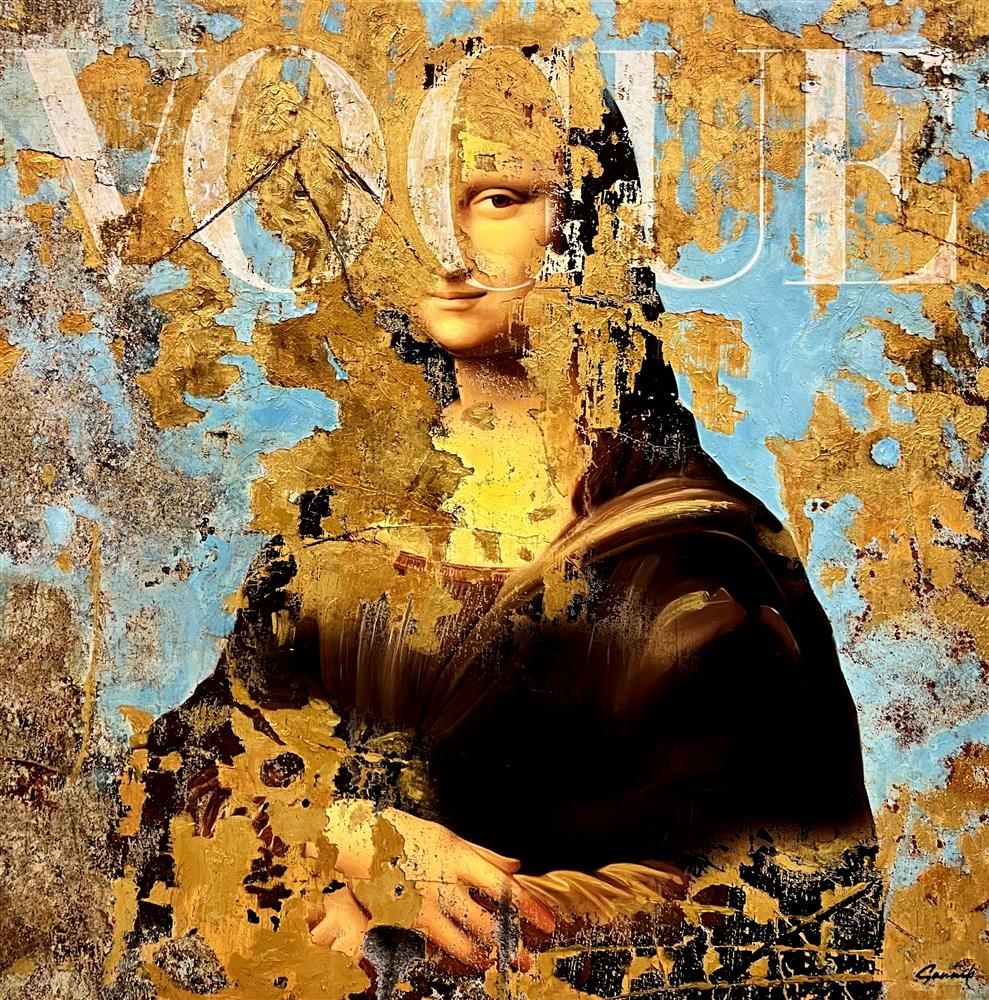 Sannib's iconic portraiture celebrates a distinguished repertoire of  20th century figures to produce show-stopping artworks. The creativity in which he represents familiar faces is both innovative and charming; the classical portrait is abstracted and the illusion of layers gives stunning depth to the work.

Sannib is a graduate in Graphic Design from the Syrian Design Center, Aleppo, Syria (1997), and before becoming a notable artist, he enjoyed a successful career in advertising, working in creative agencies in Kuwait, the UAE, and London.

The experience of his background is clearly evident in Sannib's creative process; his artwork is sophisticated and his compositions both intricate and intriguing. Sannib has developed a unique mixed media style, blending graphic elements, painting techniques, and textures. He uses several materials and mediums, combined with highly distinctive colourways and avant-garde finishes.

Sannib has a great passion for colourful communications and finds inspriation in both vibrancy and infused lighting. He believes that his colour palette derives from nature's own colour spectrum, with a focus on the golden shades of the earth and the inspirational blue shades of the sea and sky.