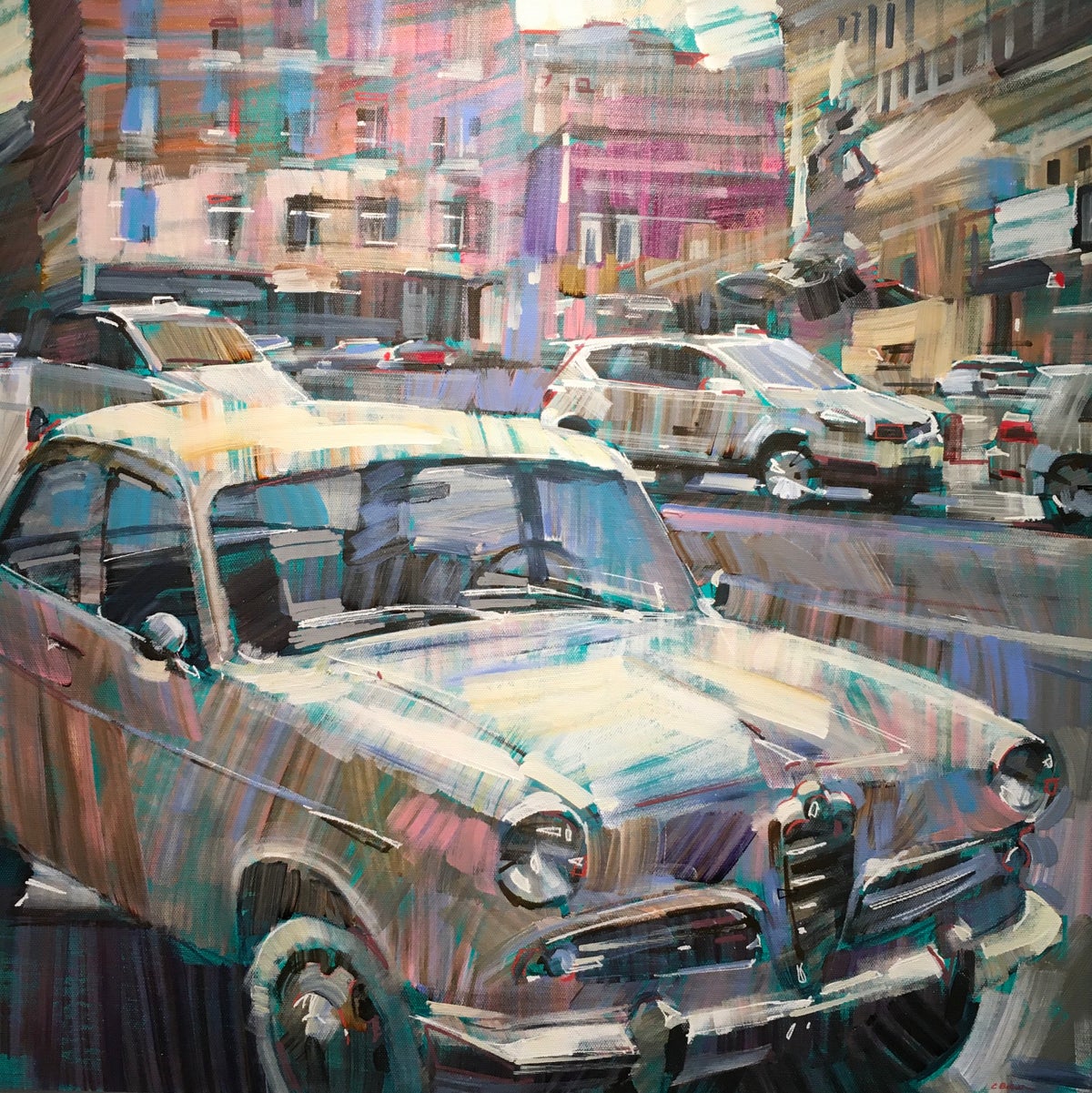 After completing a four year course at Canterbury College of Art, Colin embraced on a career for 24 years as an illustrator-visualiser based in the West Country. As a freelance, he was able to work for a diverse range of advertising, design, and 3D companies in Bath, Bristol, and London, as well as the rest of Europe. He had the opportunity to work on many campaigns for many different companies, including Hasbro, Mattel, Cadbury's, Saga, Corgi Toys, and many many more! In many cases, he world closely with the designers producing visuals and taking the project right through to the finished illustration stages. He later went on to illustrate for publishing companies, on teaching books, magazines, and posters, as well as being commissioned by The Guinness Book Of Records.

Colin is now a fine artist producing mainly one subject: street scenes from around the world! Colin evokes a sense of atmosphere and the feeling of being there through a loose style influences by the Impressionists and Fauvists.

Colin says "I want to convey a sense of atmosphere and as if the painting were a fleeting moment in time. I concentrate on the light as being the most important thing within the painting and only adding the detail to knit the scene together, when needed."