Andy Warhol and Sunday B. Morning

Andy Warhol (1928-1987) is one of the most well-known artists of the 20th century. He was also a film maker and author although he is known more for his artwork than any of his other exploits. Originally from Pitsburgh, Warhol moved to New York in 1949 where he started work as a commercial artist and even won awards for his advertisements. He had his first one man show in 1952 and by 1960 he was creating work based on those advertisements that he had worked on for the last decade. Warhol’s art focusing on mass market, consumerism and fame. In 1962 Warhol started the process of silkscreen printing his previous paintings which included the now iconic images of 'Marilyn, '10 Foot Flowers' and 'Cambell's Soup Cans' to name but a few. Warhol’s first successful limited edition prints are often referred to as the ‘Factory Editions’. Because of the nature of the printing methods used many of the prints from this edition have some kind of imperfection. Regardless of this, because of their rarity, today a single Andy Warhol, ‘Factory Edition’ print can command well over a £80,000. The market, collectability and importance of these works cannot be understated.

Probably Warhol’s most well-known work is the ‘Campbell’s Soup Cans’, he once said of the food: “I used to drink it. I used to have the same lunch every day, for 20 years, I guess, the same thing over and over again.” Many have sited this as the reason for his choice of artwork, to honour the thing that nourished him for so long. However he is also reported of saying “We live in an age when the traditional great subjects - the human form, the landscape, even newer traditions such as abstract expressionism - are daily devalued by commercial art.” So possibly his obsession with ‘Cambell’s Soup’ had less to do with his favourite lunch and more to do with his tendency to subvert consumerist ideas and to play tricks on the art market. Whichever the truth, the ‘Sunday B. Morning’ prints certainly came about as a result of Warhol’s wish to play with and challenge the art establishment.

After the success of the ‘Factory Editions’ Warhol began collaborating in 1970 with some partners in Belgium who operated a printing company, ‘Sunday B. Morning’ on a second series of prints. Warhol gave ‘Sunday B. Morning’ the negatives to his ‘Factory Editions’, the colour codes and they came up with the idea of a black ink stamp on the back of the work which says, “fill in your own signature”. The idea was to play with the concept of mass production. These new prints were to be exactly the same as the previous ‘Factory Edition’ prints but with the edition of different colour-ways. It was a joke on the art establishment. Anyone could but their name to the work, because why was Warhol’s name special? And the fact they were identical to the ‘Factory Edition’ was mocking the idea that they were special to begin with. If they were the same how could they be more important than these new prints?

This all came back to Warhol however when communication between him and ‘Sunday B. Morning’ began to fall apart. No one knows the exact details, possibly there was a falling out abut money, but the end result was that ties were broken between them. The printers however already had the negatives and the colour codes and so they printed! They published editions of 250 of ‘Marilyn’, ‘Flowers’, and ‘Campbell’s Soup Cans’ in 1970. Their work looked exactly like the ‘Factory Editions’. When the ‘Sunday B. Morning’ editions began appearing on the art market, Warhol was not pleased. He had not stopped their production but when he came across a ‘Sunday B. Morning’ print, he would sign it “This is not by me. Andy Warhol”. This was particularly ironic given the black stamp that he had come up with implying that the name was unimportant. Even more ironically this only served to make the prints more sought after, especially the ones he signed. Warhol never challenged ‘Sunday B. Morning’ with legal action despite his incongruity at their existence and despite his apparent ambivalence towards them the ‘Sunday B. Morning’ series came to be an important part of Warhol’s oeuvre. The 1970 editions are even included in the book ‘Andy Warhol Prints, Catalogue Raisonne’. Unfortunately not many of the 1970’s ‘Sunday B. Morning’ prints exist today. They began publishing the prints again later, still using the same printing process that they have used since the beginning, all these prints are also stamped but now with blue ink rather than black.

There are many publishers are out there who have tried to reproduce these impressions, but none come close to the integrity of a ‘Sunday B. Morning’. This is because only ‘Sunday B. Morning’ possesses the photo negatives needed to create silkscreens exactly like the ones Warhol used for his ‘Factory Editions’. Meaning that you cannot get a higher quality Warhol print today than a Sunday B. Morning print!

We are lucky enough to have a collection of Soupcan's stamped in black as well as blue stamped Marilyn's on display across our galleries!

This was an incredibly exciting exhibition as it was the first one we have had with gorgeous Kealey since she became an independent artist earlier this year. We had new original work with new motifs and different materials to relaunch one of our favourite artists at the gallery. Now exclusive to The Little Red Gallery in Lincolnshire! It was a really fantastic show where we had to rehang halfway through as we didn't have enough work on the walls! There are only a few pieces left so get in touch soon to make sure you don't miss out! We can't wait to see what other new work Kealey is going to do now!

Edward Waite Back At The Gallery!

Lovely local lad - international artist Edward Waite came to see us in July to show off his new collection including exclusive Lincoln Scenes!

It was a fabulous day with many people getting to meet one of the UK's most dynamic cityscape artists here at the gallery! Edward personally unveiled his latest collections of original paintings, that feature his hottest city spots from across the world including our very own Lincoln. Edward always manages to captures the city buzz with his energetic three-dimensional technique. It was a great day and we all had a lot of fun! We only have a few pieces left so do drop on in to take in this gorgeous work before it disappears!

We Got To Meet the creator of the 'Ewe-niverse' and everything in it!

Thank you to everyone who came along to see Dale Bowen on Saturday 20th February! We had a fabulous day! The exhibition is still up in part although it will be leaving us soon so pop in to see work from the 'Ewe-niverse' before it disappears. We were lucky enough to not only have old favourites like 'Battlesheep" and "StarSheep Enterprise", but also new originals, including some resined pieces and Dale's newest releases based on popular Children's cartoons and illustrations, including 'The Magic Roundabout', 'Rupert Bear' and a new limited edition series based on 'The Wind In The Willows'!

It was a great day! 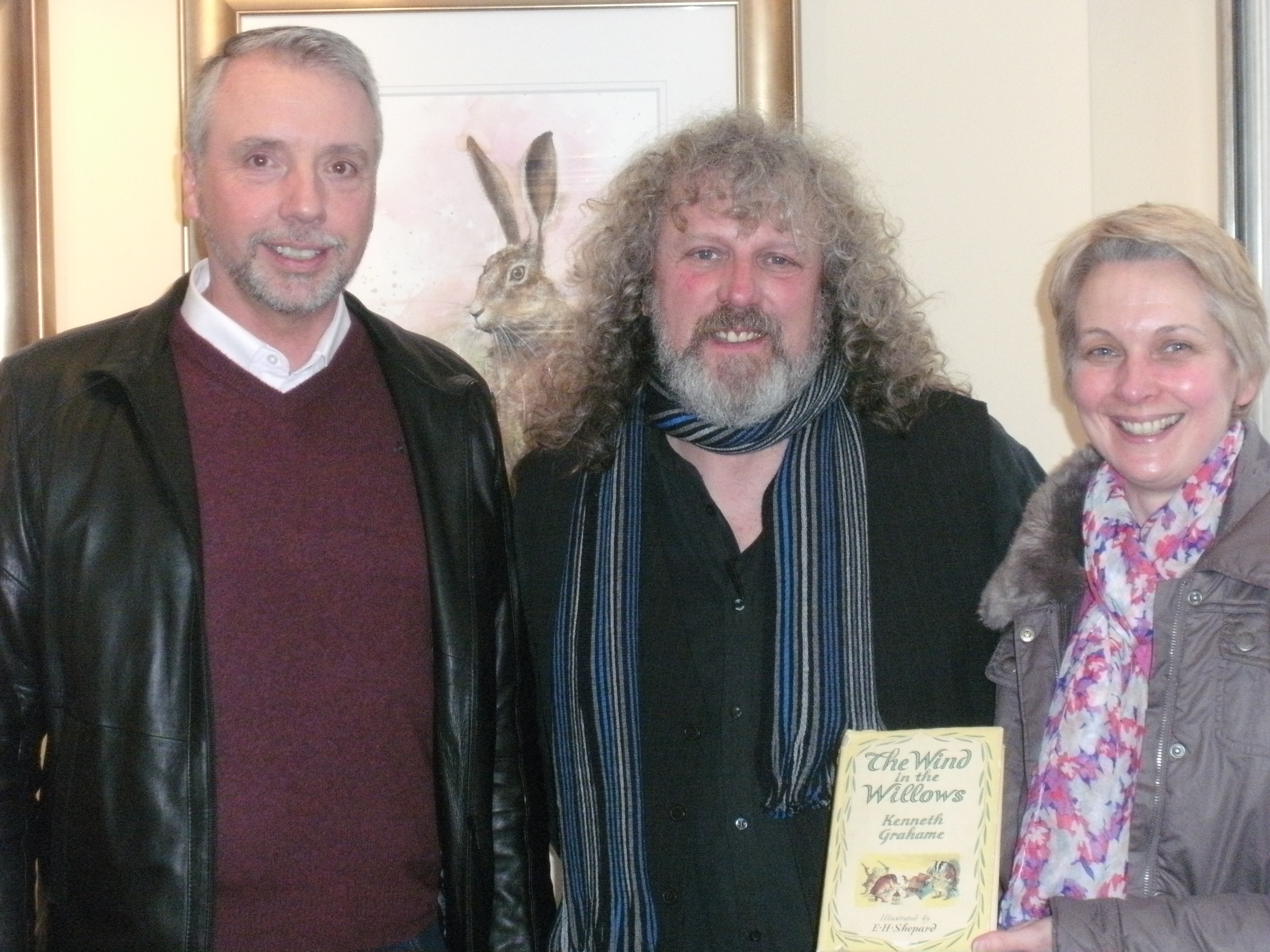 And you all got involved too! 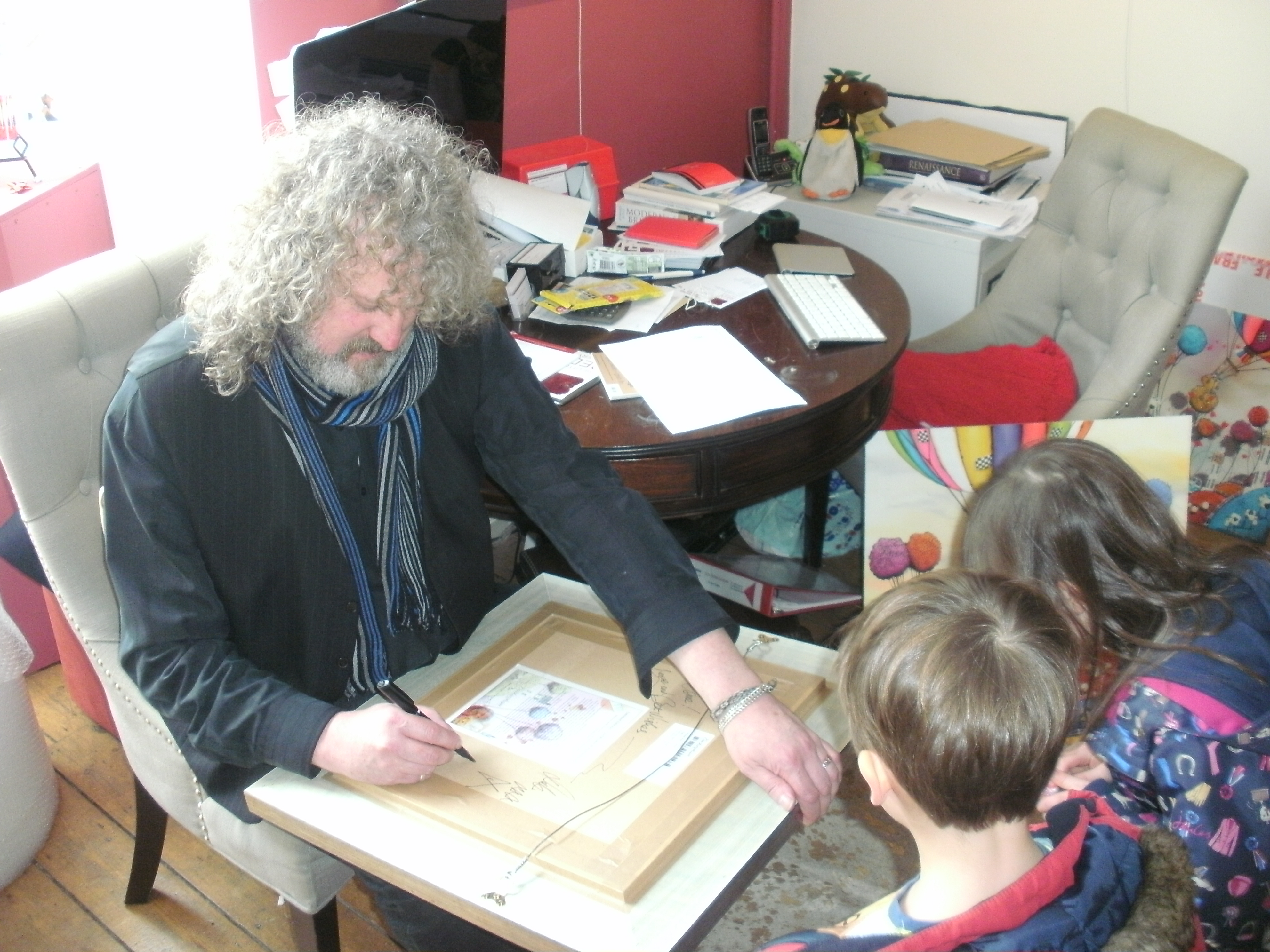 Thank you from The Little Red Gallery Team to everyone who came along and supported Dale and us!

August 8th saw the opening of our long awaited Modern Master Exhibition. After months of planning, searching for extra special pieces and coordinating with a private collector we finally unveiled a collection of 20th century art unheard of in Lincolnshire. The first stage of the exhibition runs through to the end of September and features work by Andy Warhol, Roy Lichenstein, Salvador Dali, Pablo Picasso, Marc Chagall, Damien Hirst, L S Lowry, Joan Miro, Henri Toulouse-Lautrec, Tracy Emin, Anthony Gormley and Henri Moore. All paintings, prints, lithographs and sketches in the collection are on display for the first time in Lincoln for just £1 entry and all are available for you to buy and take home your own piece of art history. 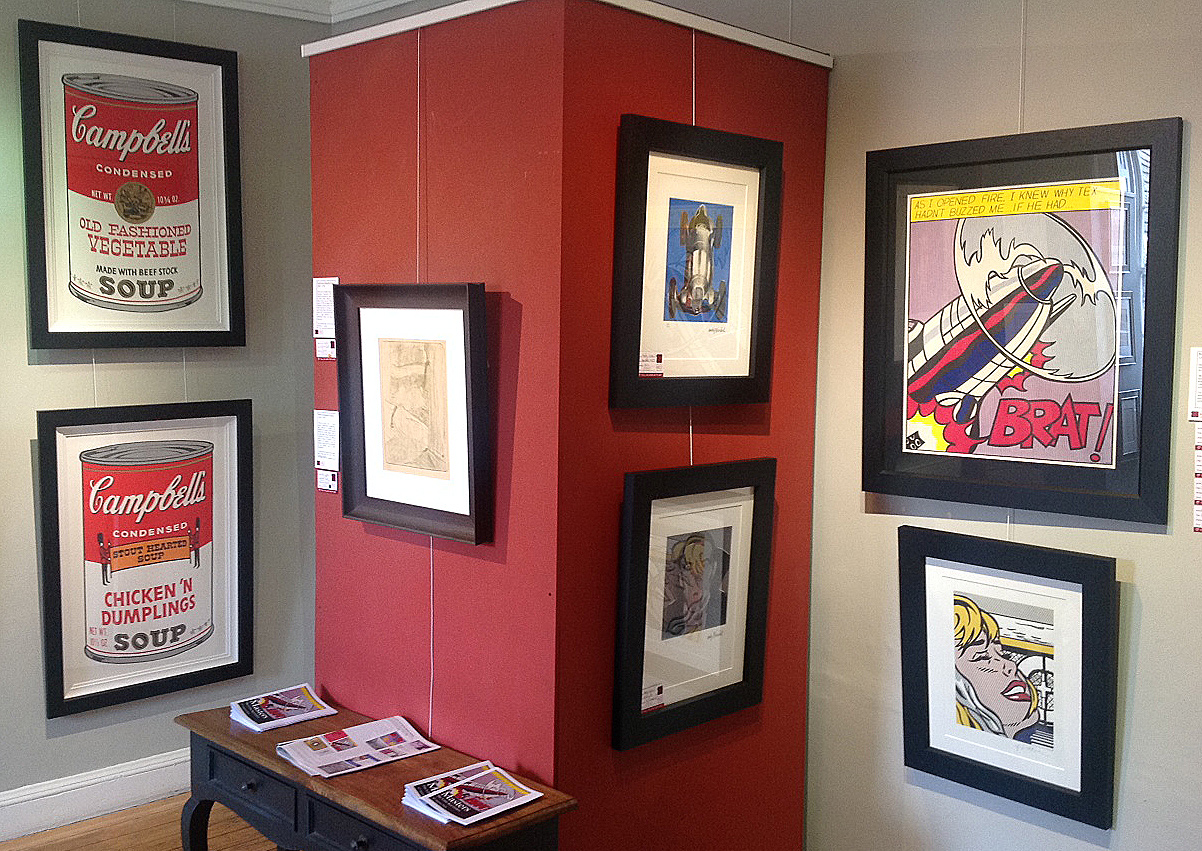 Everyone here at The Little Red Gallery would like to give our thanks to all the wonderful art lovers who have visited the exhibition in the last two weeks. We have already sold pieces by Tracy Emin, L S Lowry, Salvador Dali, Damien Hirst, Joan Miro, Henry Moore and Henri Toulouse-Lautrec. It's been sad to see such amazing work go out the door but knowing such iconic art has made it to new happy homes in Lincolnshire fills us with joy even more than getting them on our walls in the first place. 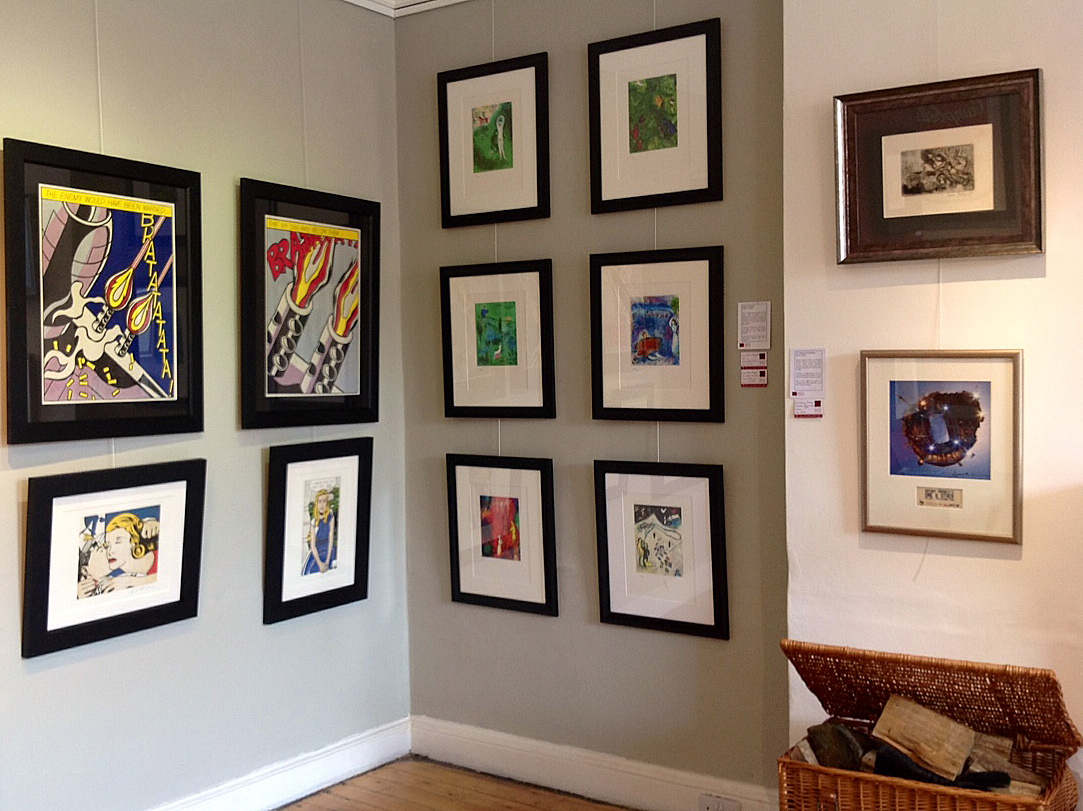 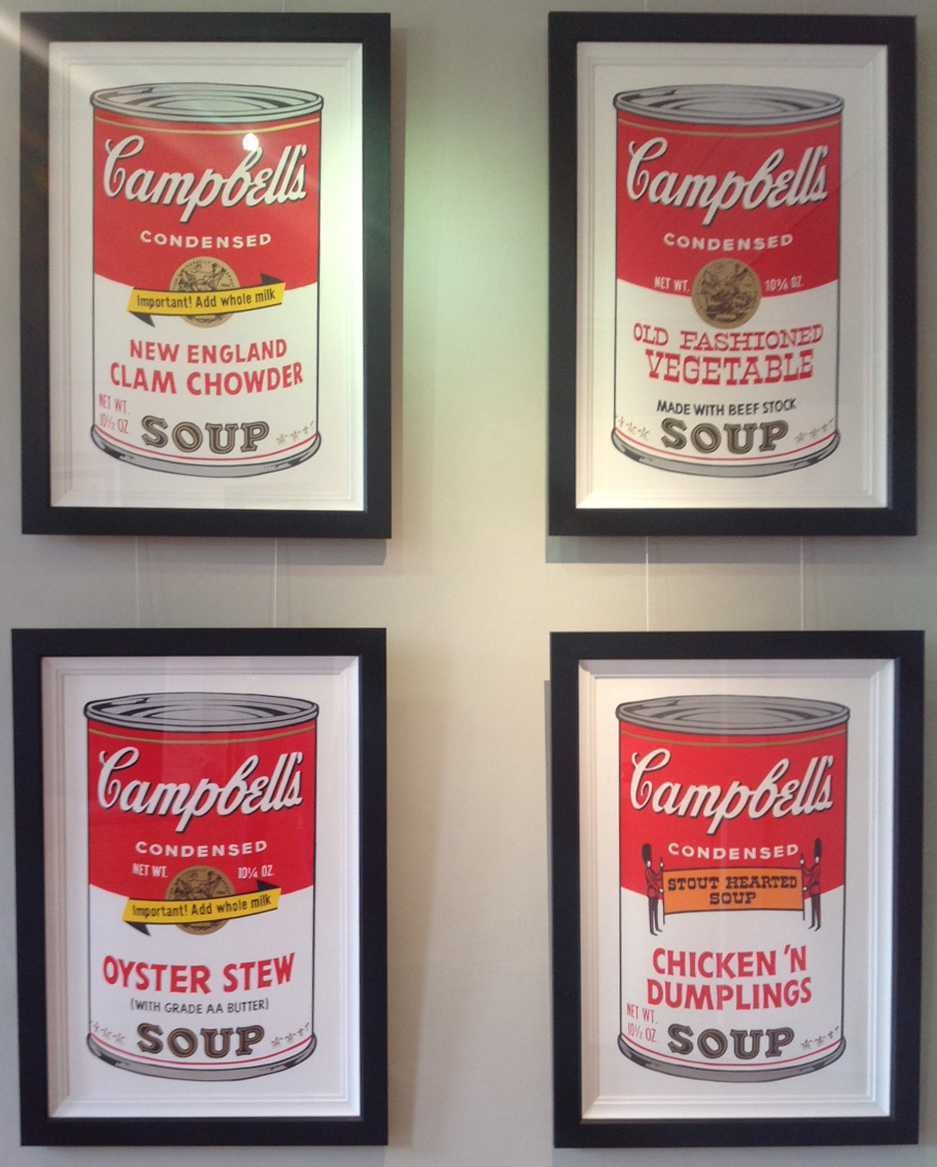 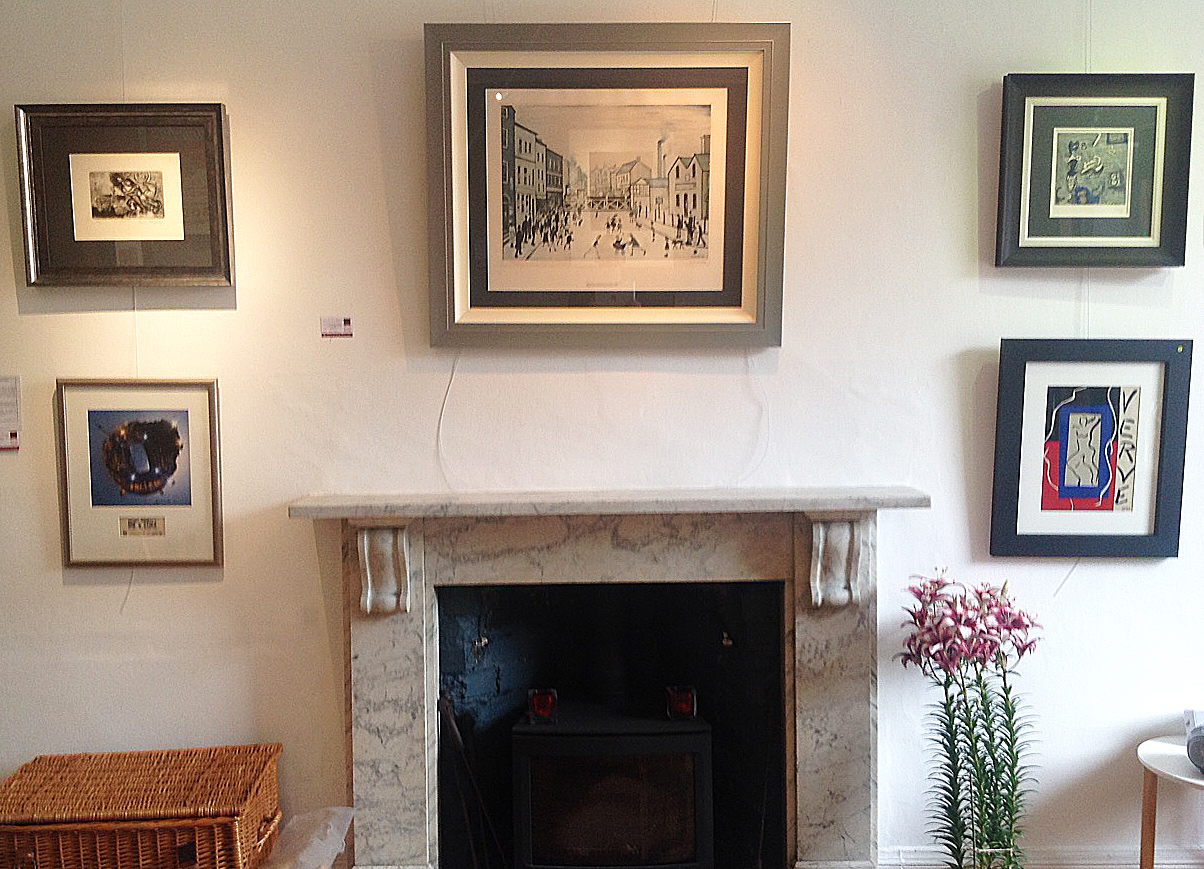 This exhibition is so exciting for us at the gallery, and for all art lovers in Lincolnshire, that we wish to continue to source great classic 20th century work and keep the exhibition open as long as possible while keeping the displays fresh and inspiring for all. Keep connected via email, Facebook, twitter and drop into the gallery to hear about new additions to the collection first.

So excited to have our Ben Jeffery exhibition up in the gallery. Ben has treated us to a wide range of his work. Some beautiful figurative pieces, gorgeous wildlife, fantastic New York cityscapes, the great country landscapes that first captivated us, beach scenes awash with colour and even the unique treat of a painting of Steep Hill.

Ben will be in on Saturday but the exhibition is up and ready for a preview so drop in for a sneak peak any time this week.

Come meet Ben Jeffery in The Little Red Gallery between 12pm and 4pm this Saturday 18th of July.